According to a survey of more than 1,300 Maryland adults, conducted from July 6 to July 20, 2022, respondents are concerned about prescription drug costs and express a strong desire for policymakers to enact solutions.

Nearly half (49%) of survey respondents reported being somewhat or very worried about affording the cost of prescription drugs. Worry varied substantially by income group, with respondents in households earning less than $50,000 per year1 reporting the most worry (see Figure 1). However, it is important to note that large percentages of households higher up the income spectrum also reported worrying about affording prescription drugs. 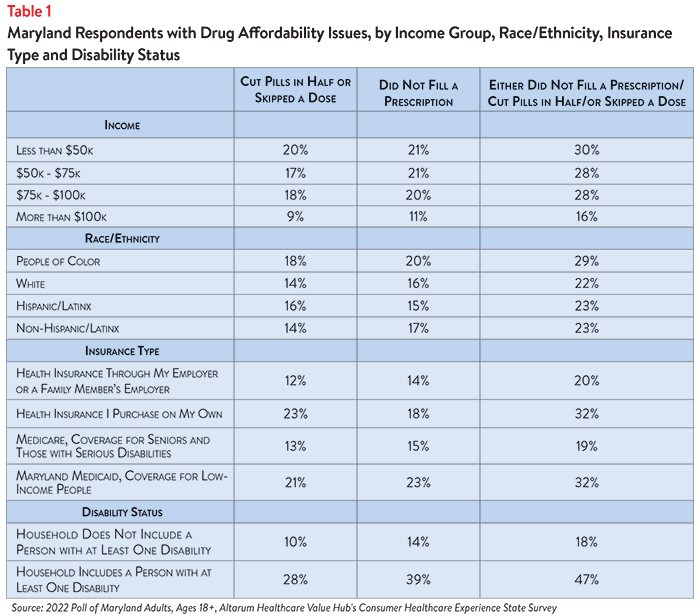 In light of these prescription drug cost concerns—as well as concerns about high healthcare costs generally2—it is not surprising that Maryland respondents were generally dissatisfied with the health system: 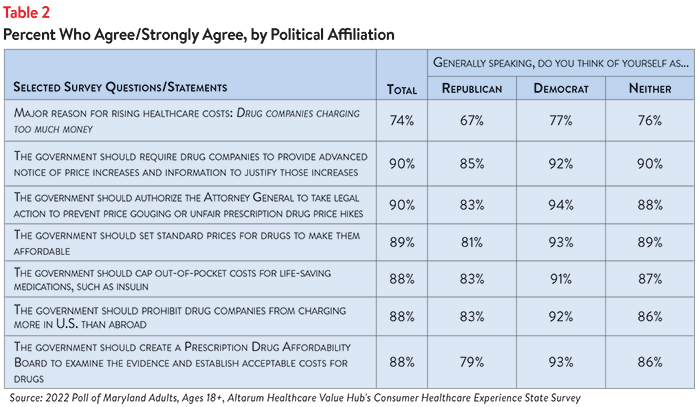 While Maryland respondents are united in calling for the government to address high drug costs, they also see a role for themselves: