According to a survey of more than 1,100 Missouri adults, conducted from April 1 to April 18, 2022, respondents are concerned about prescription drug costs and express a strong desire for policymakers to enact solutions.

In addition to being worried about prescription drug affordability in the future, many Missouri respondents have experienced hardship in the prior 12 months due to the cost of prescription drugs. Indeed, nearly 1 in 3 Missouri respondents (30%) did not fill a prescription, cut pills in half or skipped a dose of medicine in the last year due to cost (see Figure 2). Overall, lack of adherence to prescribed medication, regardless of reason, is estimated to cause roughly 125,000 deaths and at least 10% of hospitalizations and costs the American healthcare system between $100 billion and $289 billion a year.2 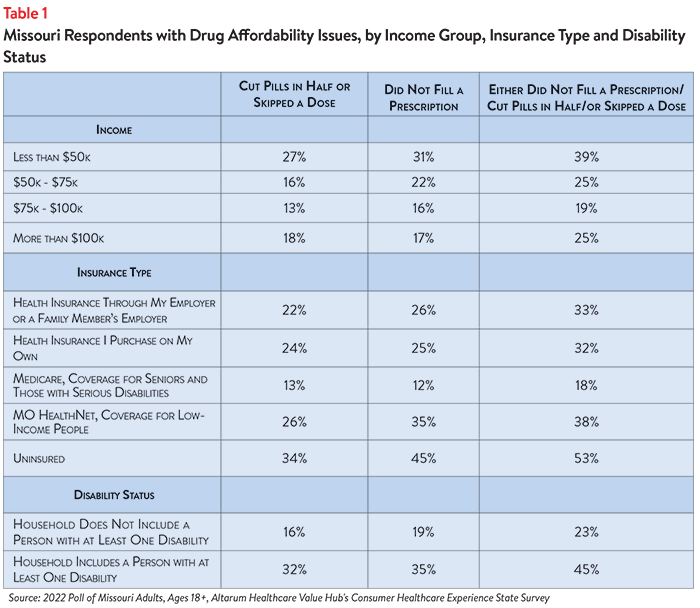 In light of these prescription drug cost concerns—as well as concerns about high healthcare costs generally3—it is not surprising that Missouri respondents were generally dissatisfied with the health system: 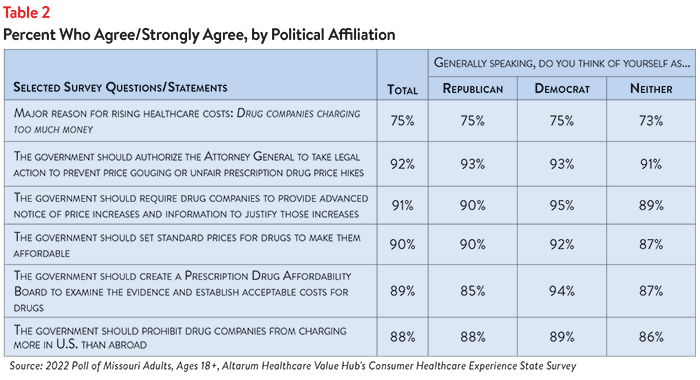 While Missouri respondents are united in calling for the government to address high drug costs, they also see a role for themselves: