According to a survey of more than 1,130 Nevada adults, conducted from June 21, 2022, to July 8, 2022, respondents are concerned about prescription drug costs and express a strong desire for policymakers to enact solutions.

Over half (55%) of survey respondents report being somewhat or very worried about affording the cost of prescription drugs. Worry varied substantially by income group, with respondents in households earning less than $50,000 per year1 reporting the most worry (see Figure 1). However, it is important to note that a large percentage of households earning above $50,000 per year also worry about affording prescription drugs. 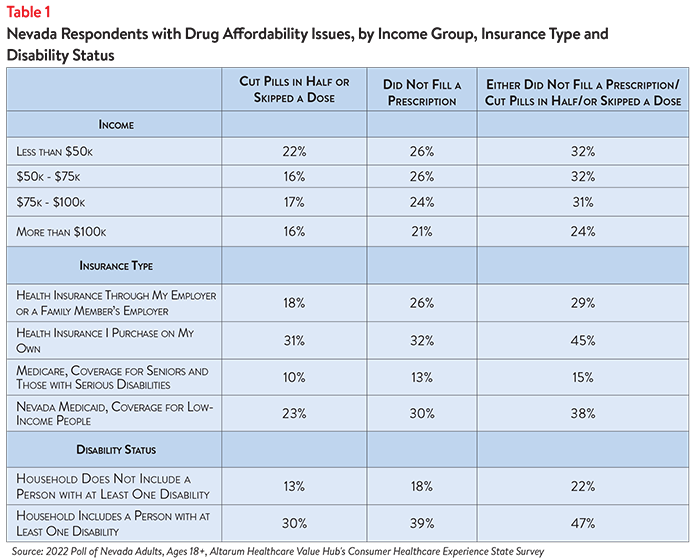 Respondents purchasing health insurance on their own reported the highest rates of rationing medication compared to other insurance types, followed by those with Nevada Medicaid. Finally, respondents living in households with a person with a disability reported notably higher rates of rationing medication due to cost in the past 12 months compared to respondents without a disabled household member.

In light of these prescription drug cost concerns—as well as concerns about high healthcare costs generally2—it is not surprising that Nevada respondents were generally dissatisfied with the health system: 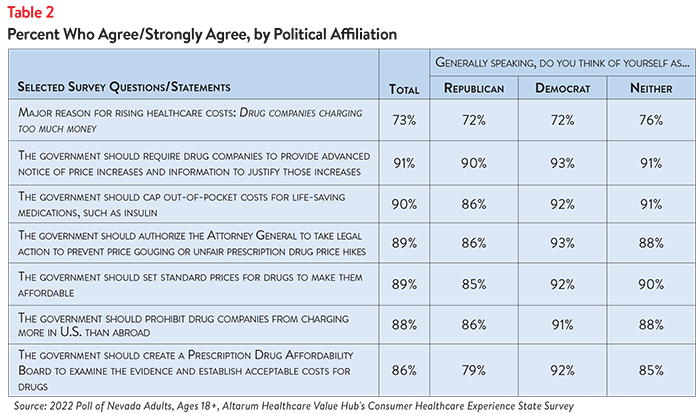 While Nevada respondents are united in calling for the government to address high drug costs, they also see a role for themselves:

The survey used a web panel from Dynata with a demographically balanced sample of approximately 1,371 respondents who live in Nevada. The survey was conducted in English or Spanish and restricted to adults ages 18 and older. Respondents who finished the survey in less than half the median time were excluded from the final sample, leaving 1,139 cases for analysis. After those exclusions, the demographic composition of respondents was as follows, although not all demographic information has complete response rates: 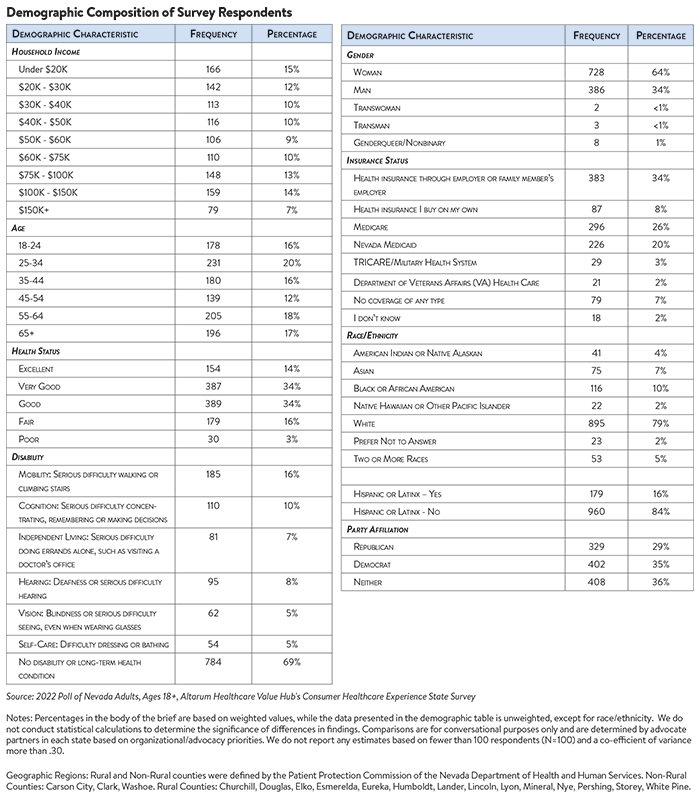